In America, the carefully orchestrated process of converting Africans to Christianity began in earnest during the Great Awakening of the 1730s, intensifying in the late eighteenth century.  In their minds, white preachers and slave-owners aimed to “save” enslaved African Americans by showing them their perceived way to salvation. Many enslavers required some of their enslaved people to attend their churches, permitting them to only sit in the back or in the balconies, away from the white congregation.

Some slave-owners even scheduled separate evening services that were held under their watchful eyes. They even advised preachers to tailor their sermons to benefit the slave-holding society. They used religion and the Bible to try to alter the minds of enslaved people to suit their own purposes.  In Incidents in the Life of a Slave Girl, Harriet Jacobs recounted this message in a white preacher’s sermon:

. . . Although your masters may not find you out, God sees you; and will punish you. You must forsake your sinful ways, and be faithful servants. Obey your old master and your young master – your old mistress and your young mistress.  If you disobey your earthly master, you offend your heavenly Master.  You must obey God’s commandments. When you go from here, don’t stop at the corners of the streets to talk, but go directly home, and let your master and mistress see that you have come. (page 69)

Consequently, church records are one of many resources that researchers can explore in documenting enslaved ancestors. Many enslaved people were baptized in their enslavers’ churches, and their membership and baptisms were often recorded in church minutes. Some church records may even note the births and baptisms of the enslaved members’ children. Other notes of great genealogical and historical value may be recorded. Here’s an example.

My mother’s 2X-great grandmother, Clarissa Bobo of Tate County, Mississippi, was first enslaved by David Boyce before he gave her to his son-in-law, Dr. William J. Bobo. Dr. Bobo eventually transported Clarissa and her children to Panola County, Mississippi about 1858, from Union County, South Carolina. Fortunately, I was also able to document Clarissa Bobo’s enslaved parents in church records, as well as in David Boyce’s 1830 probate record.

While researching David Boyce, I learned that he was a member of the Padgett’s Creek Baptist Church, Union County, South Carolina. I read a tip on a Union County genealogy message board that Padgett’s Creek’s church records were microfilmed, and that microfilm is housed in the Baptist Historical Collection at Furman University in Greenville, South Carolina. Furman’s site indicated that their microfilms can be borrowed through interlibrary loan. Therefore, I used the interlibrary loan service at my local library to obtain the microfilm.

Viewing the microfilm was quite an eye-opener. First, I noticed that the records were transcribed in 1935; the microfilm did not contain the original records but lots of typewritten transcriptions. Certainly, transcriptions are subject to human error from deciphering old handwriting. At the same time, the transcribed records prevented me from struggling to read old handwritten documents dating back to 1784. Secondly, two enslaved people, who were noted as being owned by David Boyce’s widow, Agnes Boyce, were documented enslaved members of the church. Those two people were Clarissa’s parents, Richard (Dick) and Matilda, my 4X-great grandparents! I had already identified Dick and Matilda as likely being Clarissa’s parents, based on clues from oral history, naming patterns, and slave ancestral research.

The 1832 church minutes reported that “Mrs. Boyce’s Negro Matilda” was baptized and received “by experience” on the third Sunday in July, which occurred on the 15th of that month.  An 1841 church minute reported that Dick was “received by slave experience” on August 4th of that year.  An 1842 church minute reported that Matilda was “granted a letter of dismission” on 18 November 1842.  Perhaps, this dismission was due to Agnes Boyce’s impending move to Panola County, Mississippi. Per the census, she was in Panola County, Mississippi by 1850, and she died there in 1857.

In a church roster of “Black Members,” Dick and Matilda were among other enslaved members who were reported by their first names and their enslavers’ surnames. Dick’s name was reported as “Richard Boyce.”  The notation “Dis” was written beside their names to indicate that they were dismissed from the church. This dismission was probably the result of Agnes Boyce’s move to Mississippi.

I pondered why Dick and Matilda were the only two of Agnes Boyce’s slaves who attended her church. Other adults were also enslaved on the Boyce farm, including Dick’s younger brother (Jack) and sister (Bess) whom Agnes had also inherited from her father, Capt. John Turner, in 1807.  Perhaps Matilda was a house servant who accompanied Agnes, either willingly or unwillingly, to Padgett’s Creek on Sundays. Slave owners often took enslaved house servants to religious services at white churches, where they were required to sit in separate galleries or in balconies. As Matilda’s husband, perhaps Dick was permitted to attend as well.

This is just one of several examples that I have encountered throughout my research. In 150 Years Later: Broken Ties Mended, Chapter 8 entitled “More Revelations” shows how the church records of the Upper Long Cane Presbyterian Church, Abbeville County, South Carolina, helped to document and reconstruct the family of my 2X-great grandfather, Pleasant Barr, who was sold away to Ripley, Mississippi in 1859.

When researching the slave-owners, try to determine their church affiliation and search for the records of that church. For more information about researching church records, read FamilySearch’s wiki, How to Find Church Records in the United States.

5 thoughts on “Slavery, the Church, and their Record-keeping” 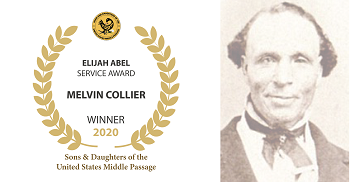