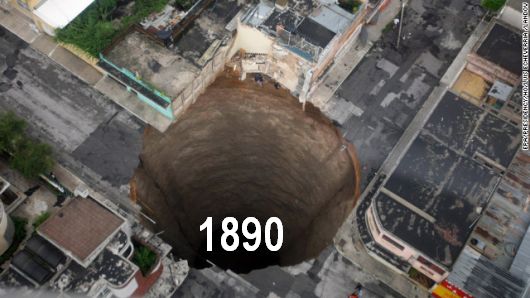 In 1921, a huge chunk of the stored 1890 census was destroyed in a fire at the Commerce Building here in Washington, DC. More can be read about that fire here. Genealogist Robyn Smith calls it “The 1880 Donut Hole,” as she brilliantly demonstrates its effect on her research in her blog post. However, I personally would like to call it “That Infamous 1890 Sinkhole” because it has the potential of swallowing up entire family branches, never knowing that they even existed. That “Infamous 1890 Sinkhole” caused a family branch in my Ealy family tree to go unknowingly missing for 20 years. Additionally, that omitted family branch even contains someone quite famous! This is how I stumbled across them and my famous relative.

Recently, I was browsing through an old Ealy Family Reunion booklet that a family member gave me some years ago. The Ealy Family has been having family reunions every two years since 1974. Much of the history and family tree included in past booklets were based on oral history and family recollections. To a researcher, this documented oral history can be greatly helpful in tracing the roots of the family.

I compared the family tree to the one I had built. My family tree was primarily based on names I had found in census records. Not surprising, the family tree in that reunion booklet contained names that I was unaware of, or had missed, and I had additional names that were not listed. I soon realized that one of the missing from my family tree was a daughter of my great-grandmother’s sister, Annie Ealy Beamon. Her name was simply recorded as Jessie Butler. How in the world did I miss Cousin Jessie?

My great-great-grandparents, Robert “Big Bob” Ealy & Jane Parrott Ealy, had at least 13 children, born between 1845 and 1871. Aunt Annie was their second oldest daughter, who was born around 1852. She was reported in their household in the 1870 Leake County, Mississippi census. Also, a marriage record revealed that Aunt Annie Ealy married Moses Beamon on 20 January 1874 in nearby Scott County.

I then found Aunt Annie and her budding family in the following 1880 Scott County census. There was no child named Jessie.

Since the 1890 census was destroyed, the next available census was the 1900 census. Twenty years had passed. The following is Aunt Annie’s household in the 1900 Scott County census. Again, there was no child named Jessie in the house.

Although seven of Aunt Annie’s children were in the house, with her oldest son living next door, someone from the household told the census enumerator that Aunt Annie was the mother of 11 children with all 11 of them living. I could only count 9 children. According to Scott County marriage records, her oldest child, Lula Bell Beamon, had married Lafayette (Fate) Ferrell on 15 December 1894. They lived nearby. Therefore, who were the other two children who weren’t living in her house in 1900? Maybe one of them was Jessie?

Luckily, for Mississippi researchers, the Enumeration of Educable Children records are great sources and a great substitute for the missing 1890 census. A school census of all children was mandated by the state of Mississippi.  These records were started in 1878, and they reported the names of all school-age children between the age of 5 and 20 years old for each county.  The age and sex of each child were recorded.  Most of the records were taken every four years.  After 1878, the records were divided into districts and by household with the name of a guardian, typically a parent.  Also, after 1878, the records were racially divided.  Most of these records have been digitized and are now online here at familysearch.org.  The 1885-1896 records have proven to be a great substitute for the twenty-year “sinkhole” in the census records that was caused when most of the 1890 census was destroyed.

The earliest school record online for Scott County was for the year 1885. However, when I checked those 1885 school records, there was no school-age child named Jessie listed for Moses Beamon, who was noted in the following two separate entries. Instead, three school-age children between 5 and 20 were recorded: Lula (10), William (8), and Hassie (5). Maybe Hassie was Jessie? Or maybe Jessie was under the age of 5 and therefore not recorded? Which one is it?

I then researched the Scott County, Mississippi History & Genealogy Network site to see if I can find a marriage record for a Jessie Beamon to a Butler groom. I hit pay dirt! A couple named Jessie Beeman and Sam Butler married on 20 February 1900. Bingo! Next, I researched the 1900 Scott County census to see if I could find these newlyweds. Bingo again! I found them.

A Facebook friend, Davita Baloue, who I knew is connected to the Butlers from Scott County, informed me that this was indeed her family. We then realized that we are cousins! To add, she also informed me that Sam & Jessie’s youngest daughter, Elizabeth, was the maternal grandmother of the well-known gospel singer, songwriter, and minister, Pastor Marvin Sapp, of Grand Rapids, Mich. So not only did that “Infamous 1890 Sinkhole” caused me to miss this family branch for two decades, but it caused me to not even know until recently that Marvin Sapp is my father’s 2nd cousin twice removed.

Marvin Sapp – “Never Would Have Made It”